The working principle of the three-way catalytic converter is: when the high-temperature automobile exhaust gas passes through the purification device, the purifying agent in the three-way catalytic converter will enhance the activity of the three gases of CO, HC and NOx, prompting them to carry out a certain oxidation-reduction chemical reaction, in which CO is oxidized to colorless, non-toxic carbon dioxide gas at high temperature; HC compounds are oxidized to water (H20) and carbon dioxide at high temperature; NOx is reduced to nitrogen and oxygen. The three harmful gases are turned into harmless gases, so that the exhaust gas of the car can be purified. 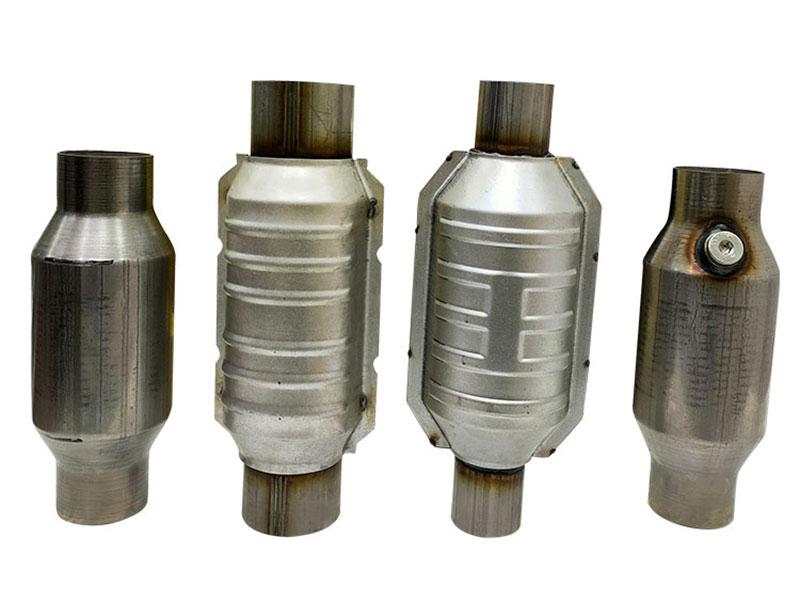 The 3-way catalytic converter is similar to a muffler. Its outer surface is made of double-layer stainless steel sheet in a cylindrical shape. Insulation material –  asbestos fiber felt is installed in the double-layer thin plate interlayer. The interior is filled with a purifying agent in the middle of the mesh partition. The scavenger consists of the honeycomb catalyst substrate and a catalyst.

The catalyst converter is generally made of aluminum oxide, and its shape includes spherical, polygonal and mesh partitions. The scavenger is actually catalytic, also known as a catalyst. The catalysts used are platinum, rhodium, and palladium. Spraying one of them on the catalyst substrate constitutes a scavenger.