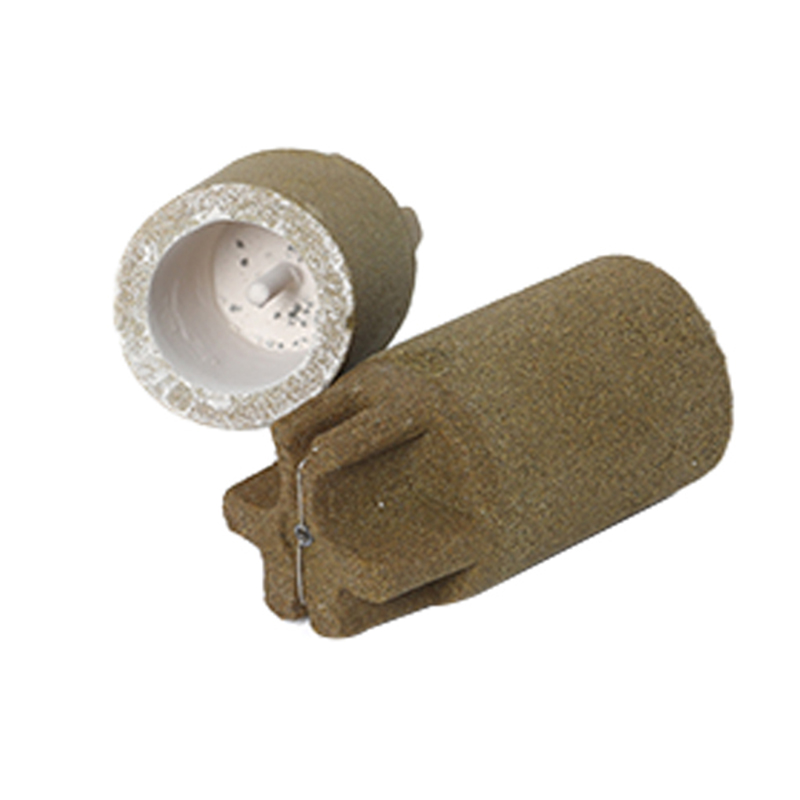 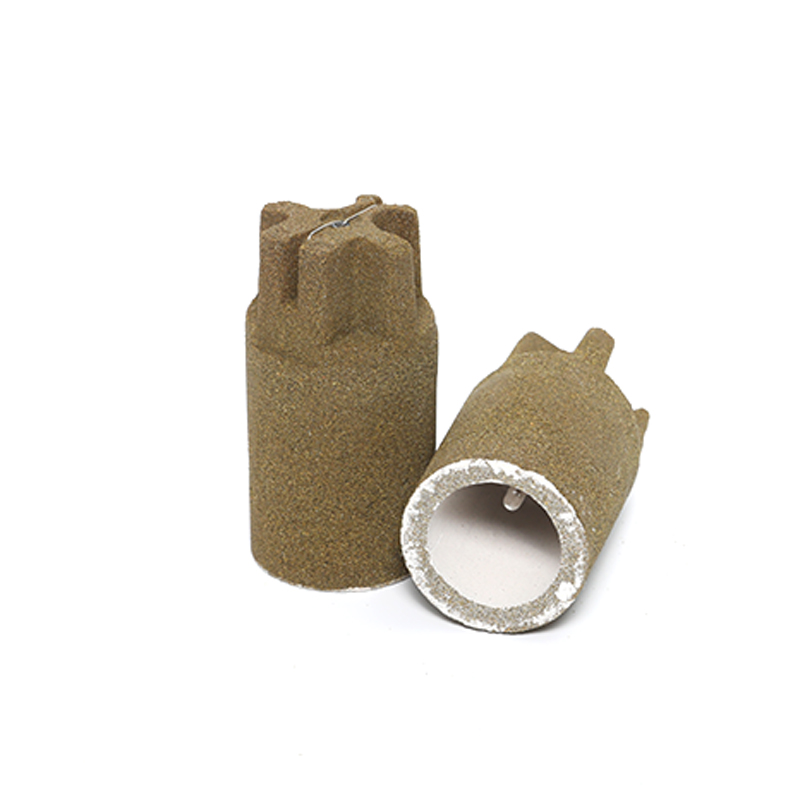 The Round sampling cups are used matching with the carbon and sulfur analyzer to quickly analyze carbon content, silicon content, and carbon equivalent in molten iron.

The thermal analysis sampling cup is made of resin-coated sand, straight quartz tube, T1 and T2 thermocouple wires, sealing cement, and other components.

When the molten iron is poured into the sample cup, the molten iron gradually solidifies with time. The thermal analysis measures and calculates the CEL, C, Si, and other components according to the temperature platform of the cooling curve.

The collection of temperature curves is conducted by the microprocessor. Contents of carbon and silicon and quality of molten iron can be calculated by the crystallization process of molten iron

Cup-CE without tellurium; is used for the “Carbon Equivalent” determination of cast iron.

Determination of thermal stability of sample cup And Instrument Adjustment

One: option of the instrument and electric furnace

If the chemical analysis of Si% molten iron content was 1.85% when the original apparatus should be set based on the si values of 0.1 and then raised to complete the adjustment (if the former setting of Si is -0,2, should change at -0.1). when tested again, the content of Si% will become 1.85%, the adjustment is over, can work now.

1. the hot metal temperature in the sample cup should not exceed 1350 ℃.

4. The abnormal situation like low carbon high silicon hot metal composition will cause instruments to measure the normal C% and Si% no data.